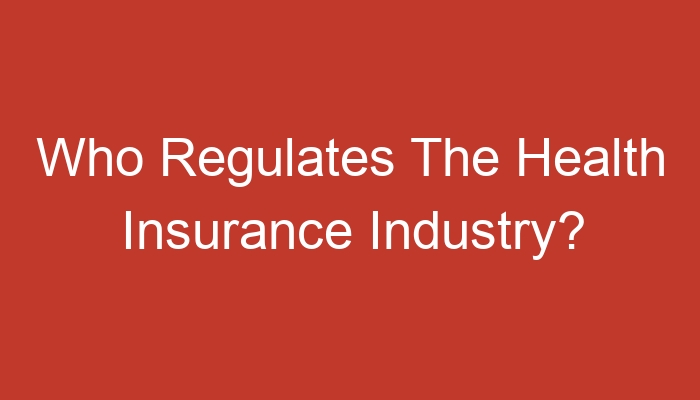 The History of Health Insurance Regulation in the United States

One of the most significant changes wrought by the ACA is the establishment of minimum standards for health insurance plans. These standards, known as essential health benefits, require all plans to cover a core set of benefits including hospitalization, prescription drugs, mental health services, and more.

The ACA also established a new regulatory body, the Center for Consumer Information and Insurance Oversight (CCIIO), to oversee implementation of the law’s reforms. The CCIIO is responsible for issuing regulations, conducting research, and overseeing the individual and small group markets.

In addition to these federal changes, many states have also enacted their own laws and regulations governing health insurance. These state-level rules can vary widely, but they often build on or complement the federal reforms put in place by the ACA.

As a result of these various laws and regulations, health insurance companies must now operate under a much more complex regulatory framework than they did prior to the passage of the ACA. Though this increased regulation can create compliance challenges for insurers, it also provides important protections for consumers and helps to ensure that everyone has access to quality health coverage.

ALSO READ  What to Do If You Lose Your Car Insurance

The current structure of health insurance regulation in the United States is complex and scattered. Federal and state governments both have a role in regulating the industry, with different agencies overseeing different aspects of the business.

At the federal level, the Department of Health and Human Services (HHS) is the primary regulator of health insurance companies. The HHS Office of the Inspector General (OIG) investigates fraud and abuse in the industry, while the Centers for Medicare & Medicaid Services (CMS) oversees the policies and practices of insurers that participate in government-sponsored programs like Medicare and Medicaid.

State governments also play a role in regulating health insurers. Each state has its own insurance commissioner who is responsible for overseeing the industry within that state. State insurance commissioners have authority to enforce laws and regulations, approve rate increases, issue licenses to insurers, and resolve consumer complaints.

The Future of Health Insurance Regulation

The future of health insurance regulation is uncertain. The Affordable Care Act (ACA) was a major step forward in regulating the industry, but the Trump administration has signaled its intention to roll back many of the ACA’s provisions. It is unclear what form future regulation will take, but it is likely that the industry will continue to be highly regulated.

The health insurance industry is a complex and regulated one. There are many players involved in the regulation of health insurance, from the federal government to state governments to private organizations. Each entity has its own set of rules and regulations that insurers must follow. The end goal of all this regulation is to protect consumers and ensure that they have access to quality, affordable health care.